Started this discussion. Last reply by ZolliStar May 1, 2012.

NYC - The City That Needs Some Sleep!

Treatment Being Used, if any
CPAP

In the year following 9/11, I started waking up with a choking feeling. Being in New York City post 2001, I thought it was panic attacks brought on by constant fears of terrorism and stressful feelings enhanced by the media and wartime politics. Also during this time, my work environment became very unhealthy when unnecessary stress, competition, and negativity were the norm. Total ignorance persisted for many years, until early 2006. A girlfriend, whose father has sleep apnea, watched me sleep and informed me I had sleep apnea. I talked to my doctor and he said I should go to a sleep center and get a Polysomnography. I wanted to go in right away, however, i had to wait a few months until May 2006.

In May 2006, I had a Polysomnography. According to the study, it seems I had an RDI of 33.2 (see below), although, in the professional opinion (see below), it said I had an AHI of 33.2. RHI is not the same as AHI, but in either case, I needed to get titrated for a CPAP. 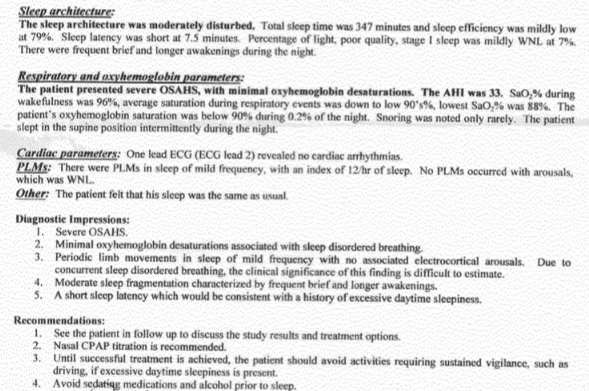 I recall struggling with the constant positive airway pressure first used in the titration. The constant pressure was very confusing to my body and caused me to panic a bit. Although I can't speak from first hand experience, I have heard that people who scuba dive are used to the feeling and can acclimate more quickly. Eventually, after failing to get me comfortable with constant pressure, they switched to a BiPAP titration (also known as CPAP w/EPR - Expiratory Pressure Relief), which feels more natural when you are exhaling. The titration concluded with a recommended BiPAP setting of 9/5 cm of H20 which resulted in a 4.7 RDI. I believe an RDI<5 is considered successful. A few months after that, a Puritan-Bennett 425g BiPap machine was delivered. I preferred the Mirage Swift Nasal Pillows. 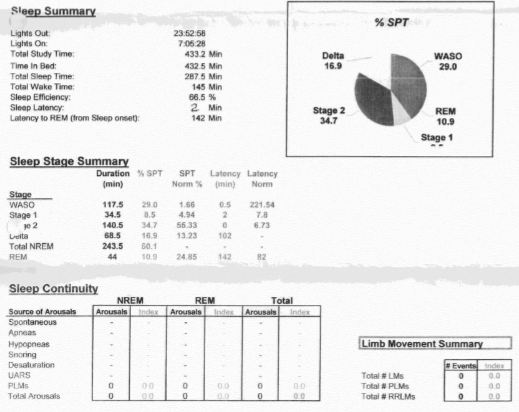 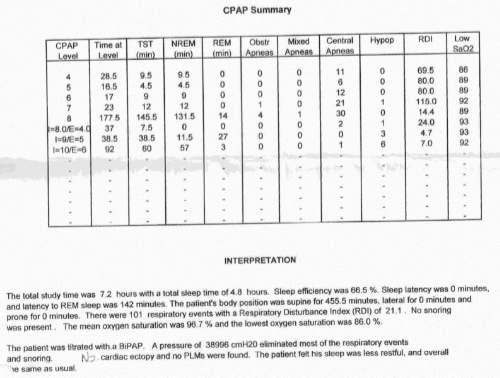 For about the next 2 years, I struggled to try to use the machine. I hated having to clean it and I felt like it wasn't doing all that much. I also would wake up with my mouth dry. I would also wake up with the pillows disconnected, with no recollection of what happened during the night. No one ever called me to ask me how I am doing. I have no idea how often I used the machine. Probably somewhere between 5%-60% of all days. I know it sounds ridiculous, but I honestly don't know.....

A close family member was diagnosed with diabetes, CLL (Chronic Lymphatic Leukimia), and Sleep Apnea all within a short period. It all kind of clicked. The snoring that seemed prevalent in all older males in my family was actually sleep apnea. The apnea then likely caused, aggravated, or sped up the development of Obesity, Diabetes, Depression, & Leukemia. With the help of a friend and the desire to help a loved one with the condition, a new level of understanding was approaching. I started to understand that these machines should be data capable to allow you to see if you are getting proper treatment. It also reminds us of the importance of having an advocate help you deal with this condition! Someone objective on the outside looking in - who cares. You really need understanding, constant monitoring, and effective evaluation. I went to the doctor, proud of what I learned and armed for the first time with the right questions. When I asked the doctor "Why don't I have a machine that monitors my treatment?" he responded "Well, How do you feel?". I said I feel a little bit better than the start of the treatment and he said...well, that's good then! He also seemed disturbed and thought I might start 'hacking' machines and doing undesirable things and so he believed there was no need for better machines. He said I could request another sleep study.....so I did!

My 2nd sleep study said I needed a straight pressure of 5 cm of H20. That sounded nice, but I was shocked. My results for my 2nd sleep study seemed very confusing - I knew I wasn't getting good sleep yet. Hence, it made little sense to me, but I was really going to give it a shot. I purchased a Respironics m-series BiPap Auto. Finally, I would understand what's going on. I ran the BiPAP auto at a straight pressure of 5. I quickly found that my AHI was 11-21 with the machine. This was not was seen in my sleep study. I reviewed this other therapists outside of the ones I met through my doctor. They instantly saw that I was opening up my mouth when I sleep - making treatment ineffective. I suppose becuase sleep labs are not regular environments, they may produce unexpected results. 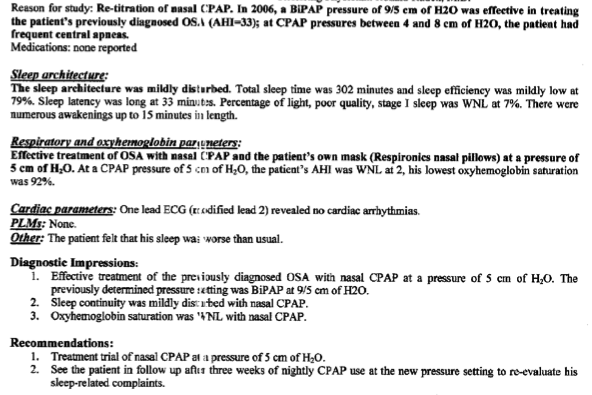 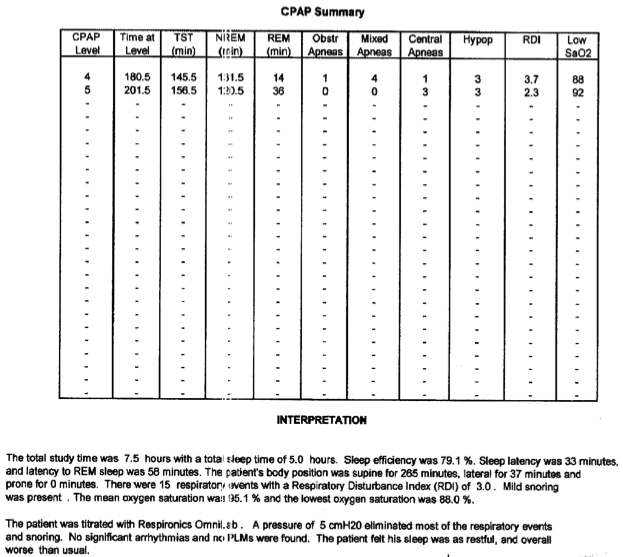 Chapter 6 - Fighting the good fight, but the struggle continues...

I purchased a Resmed S8 Autoset II which can function as both an auto adjusting (titrating) CPAP with or without EPR. Most importantly, it is data capable. Currently, I'm trying a full face mask and letting the machine titrate me. Soon we should see the result!

After falling off the wagon after 3 colds in a row, I had my first night back on cpap. I had my lowest AHI of 7.0 according to the machine, but I still don't have the resmed smartcard reader...although, I did buy the software from a company in australia. It seems, however, that resmed now allows US distributors to sell it. I also called my DME to find out what I'm entitled to:

You need to be a member of SleepGuide to add comments!

I am sorry you are hearing back from me so late. I am new to SG (and OSA) and you kindly replied to a posting I placed on the forum. I am still getting used to the website and today I noticed that the "Thank You" that I thought I sent to you, I had actually sent to myself ! So I am writing once again to Thank YOU for taking the time to respond, for your view on sleep study centers and for attaching the NYU's url. NYU was also recommended by two others who kindly responded to my query. I took the opportunity to click on the url you provided and checked out the site and NYU does seem to be professional, reputable and, even more so, staffed well and I went ahead and completed the Patient Registration form provided online. I thank you very much for thinking of sending the url because that simple thing prodded me right into action and I already have an appointment at NYU on 11-2.

sleepycarol said…
Was just wondering how things are going with you.

I hope you are sleeping good!!

sleepycarol said…
The Quatro is one of the few mask that I haven't tried -- would love to. Maybe this summer when the heating bills go down.


I have used the Hybrid, Comfortfull 2, MoJo, Ultra Mirage Full Face, -- I really ought to dig them out and write a little review on them.

I have used the following which are not full face -- SNAPP X, Comfort Curve, Nasal Aire I and II, Comfortlite 1 & 2, Vista, Opus, Breeze, Simplicity, Aura/Headrest (my preferred mask), and some others.

sleepycarol said…
Love your avatar!! I have a mini dachsund and he is spoiled rotten!!

sleepycarol said…
I, too, await the rest of your story!!

Mike said…
Spencer, what a cliff hanger. . . let us know what happened next!